Ensure makecode.microbit.org is whitelisted within your firewall. Talk to your local IT support if you think it may be blocked.

Where to find updates

Updates to the MakeCode Editor can be found on the MakeCode product blog. New features are released to the Live editor at makecode.microbit.org once a year, though bug fixes are done on a regular basis.

The MakeCode team have also released an offline version of the editor, which can be used in situations where there is limited or no internet connectivity. There is more information about this within the MakeCode documentation https://makecode.microbit.org/offline

Beta contains new features checked in to the code base which the team believe will make it into the next yearly release of the live editor. It serves to facilitate a feedback channel from the users to the engineers and aids transparency, letting users try out the new features before they are made live.

Stable contains important bug fixes that can be tested before they are released to the live editor. It is the closest release to Live.

Features which the MakeCode team are unsure they will ever ship are added as experiments. Experiments are present both in live and beta editors. If an experiment is successful then they are implemented or 'shipped' first in Beta and then in the Live release. 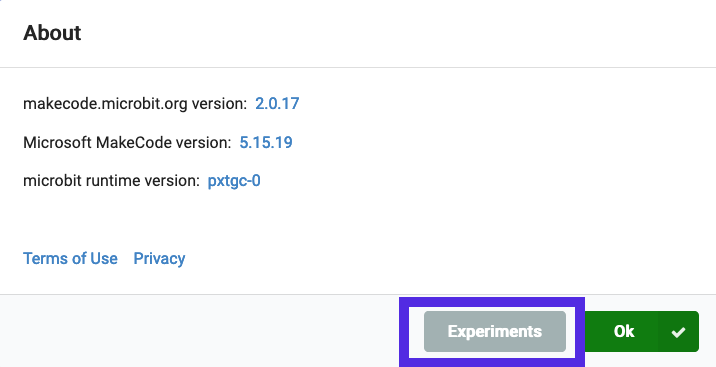 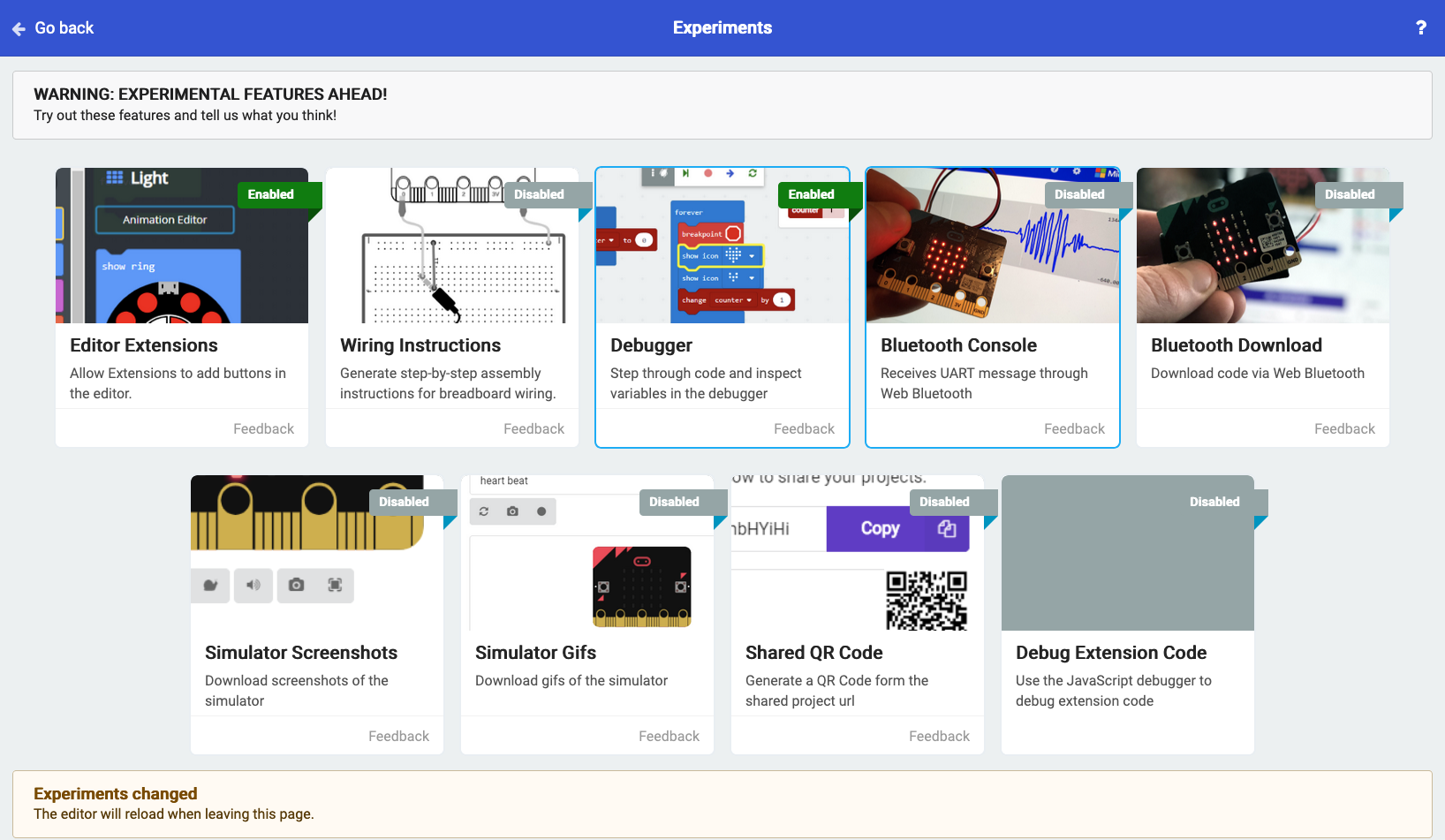 Users liked Green screen and QR codes so these were shipped. Simulator gifs, on the other hand, were too confusing for users so the feature was dropped.

Experiments in either Beta or Live editors are unsupported by the MakeCode team or by the Micro:bit Educational Foundation, although feedback is highly appreciated. If there are issues with experiments, please file these in the pxt-microbit GitHub repository. Experiments can be taken down at any point in time and without warning.