The 2019 update to the MakeCode editor contains a number of new features and bug fixes.

You can now pass parameters to functions. This example passes two numbers as parameters and then displays them on the LED display. 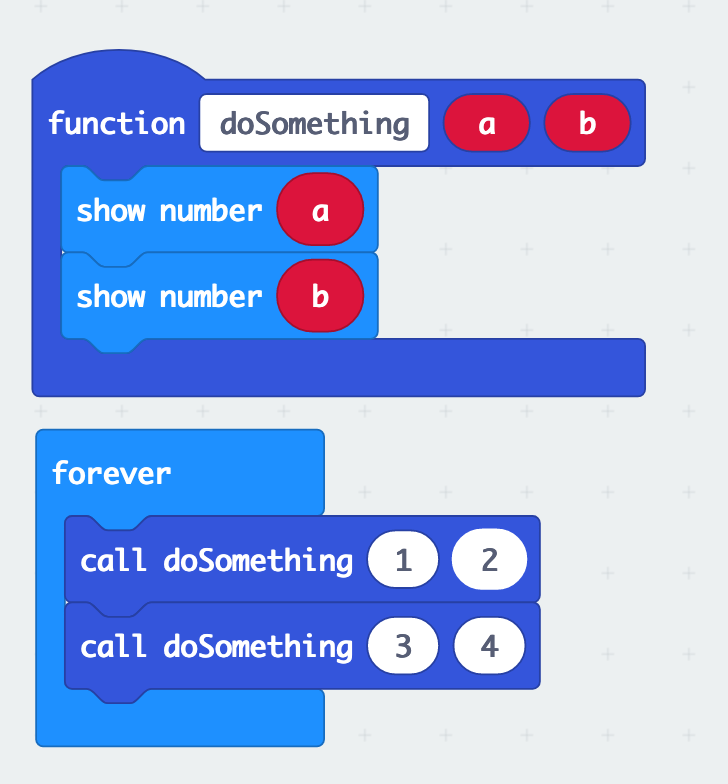 The green screen lets you use your web camera or a green screen as the background to the workspace. Using screencapture software, this allows you to record demonstrations or tutorials in the editor. It can be enabled in the settings menu. 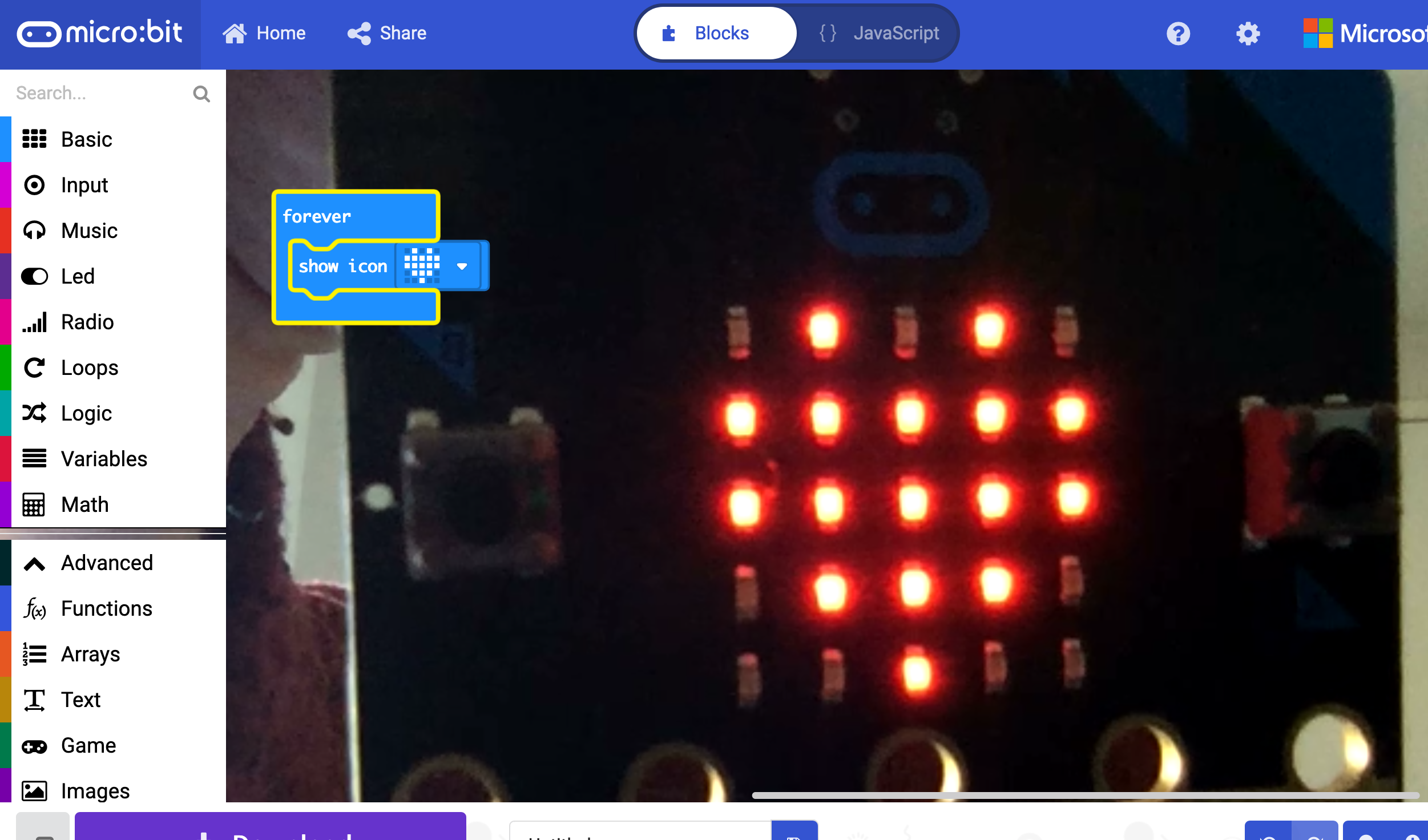 The home screen now includes the ability to search for, duplicate, delete and list your projects. Handy if you have lots of projects saved in the browser.

Previously if you renamed the values in Radio Received blocks the data types  would not change; ie string remained string and number remained number.

To resolve this, we are now using fixed names for the received values – so they will not show up in the Variables Toolbox drawer and you will not be able to rename them.

The Convert to String block can take numbers and Boolean values and convert them into Strings. 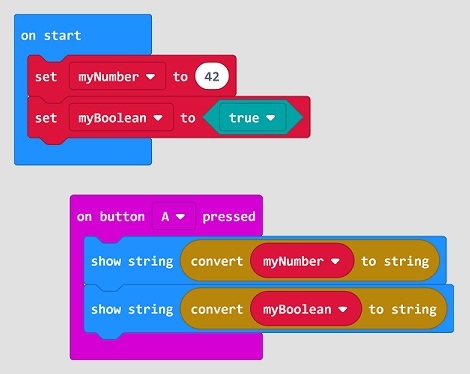 A ‘Garbage collector’ has been introduced to improve memory usage. From MDN  “High-level languages embed a piece of software called "garbage collector" whose job is to track memory allocation and use in order to find when a piece of allocated memory is not needed any longer in which case, it will automatically free it”.