Pin touch on the micro:bit Print

The large pins (0,1,2) on the micro:bit can be configured to know when they are being touched. They do this by detecting a change in resistance when an electrical signal is passed through a conductive material as part of a circuit. This method of touch sensing is called resistive touch.

Humans are, in fact, a conductive material, so for example, when you touch a numbered pin on the micro:bit with one finger and touch the GND pin with another finger you will complete a circuit that an electrical signal can flow through. 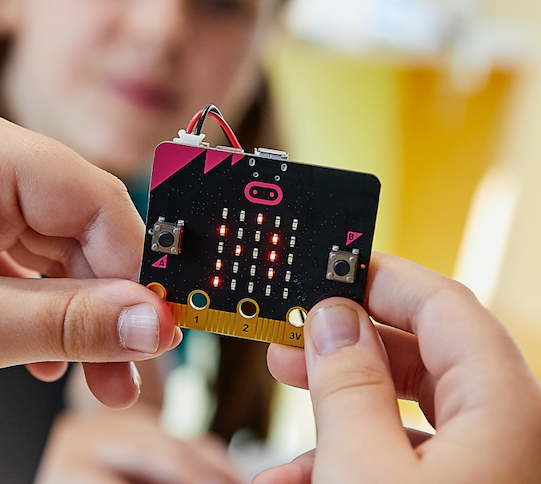 Each of these large pins has a weak pullup resistor connected to it, which means that by default the pin is pulled up to a voltage of 3V and when it is touched the pin is pulled down. This is similar to how a button press works.

Resistive touch, used on the micro:bit is different to capacitive touch which is the preferred method of touch sensitivity in smartphones. Capacitive touch does not require you to create a circuit, so you could potentially just press a pin with one finger.